SO DONE WITH THIS SAME OLD BLOGGING WHICH I LOVE

mood: Confused and I need to peepeepewpowwow
will fill up rest later

Ok so I just went with some thing and then it cost me. This is what usually happens in life?

My morning was great. Invested in myself, took a shower but then fell into the tiktok void.

Tried to stop and actually pay for some audiobook so that I could get a book. The book did not exist in audible.com but only in audible.ca

All the #1 books are about white people right now. I don't even want to go into the names of those books. You could not make any more fictitious books?

I used to ask "So?" a lot when somebody would tell me things. But.... don't ask questions don't get questions. Move on like it was you from the year when humanity had already used up every bit of Earth resources, man
klo kesäkuuta 06, 2020 Ei kommentteja:
Kohteen lähettäminen sähköpostitseBloggaa tästä!Jaa TwitteriinJaa FacebookiinJaa Pinterestiin 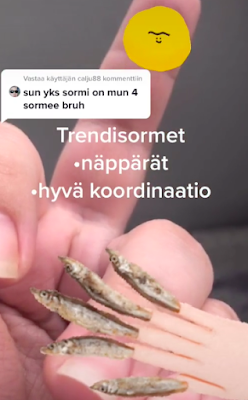 Stopping by to to show your faces and relieving me of my solitude, greetings fellow organism

Finally fresh air into my lungs. The machine with it's pipes and tubes was fine at first, stick it to the nostrils, then I put on the humidifier and that was a game changer. I am not sleepy right now anymore. Though the damage of smoking is done I just think? Maybe improvement somehow? I feel like I could take in air a lot all the way down to my pancreas but I did not ask about that. It isn't life support, just room air.


Phew. There was flavor air sold at the Madame Tussaud's in 2006. It was alright just a little airy. Lots of clean fresh air here at home. Got to keep the tube.

But yeah what has been going on? Made a shopping trip yesterday through some serpentine residential roads and today I walked to the hospital. Hard to find the place tried to cut through but it was construction area. Such big hospital and hotel and what else. Mouth, ear, sight, emergency, child, birth, surgery, sleep, throat, all the parts of the body have their buildings.

Anyways birthplace that place and it just a 15 minute walk away. I have made a full circle of life.

Bought a twister ice lolly and two beer and pepsi max and meatballs to throw in the oven with some frozen fries. Sort of was going to get cigarettes and those menthol flavor strips but not sure how much exactly those cost total?

I have a new crush on tiktok and live.me. A band member I was loyal to for years and still found his broadcast last night. Sort of just seeing another friendly face was calming. Tiktok and Instagram and Twitter were all news about the black movement and those protests and their president, and I was caught up and no new media was available just black squares and that made me more anxious? What if there was no social media one day. If I am not antiracist will any member of the black community like ever want to be friends with me. I didn't think they'd ever care so why try to make myself acquainted with any human who don't care about my issues.

Take for example my appointment today. Some people are so hundreds of years back in civilization that they ruining their cities all over and peaceful or not but bias is just what they'll get until cops are treated by them equally and not with fear or hate. Worst case scenario a black person dies but white people die by crime too mostly drugs and stealing. Endure overcome and eat that shit up man? Make us angry for god's sake just be really really honest about it. You'll get off the hook too. White isn't just priviledge like being a whore is not just accepting payment or getting raped isn't just.. well no one wants to get raped but I guess I went too far. Careful not to take a step too far you'll fall flat on your face or tumble down and whose going to mourn your sorry ass.

I dunno like, maybe they care too much and the system dude the system, but it's trapping crazy people too and stigmatizing peoples from all backgrounds.

I dunno I don't know but there's just so much stuff that comes with the skin color in mother's milk and blood and tears. Responsibility and heaviness of being the oppressor and conqueror of continents. Winner's history, not both sides. Like slavery was pretty legal for quite recently too and the barbarians ate each other while the white guy dressed in as much as he could and taught the gospel to all savages and bad guys as they were traded trinkets and worthless things for things they needed and valued more. Pillaged and carried disease.

Disease. covid19 is not manmade I don't think. Things might have been handled better but the Native Americans could have given us weed and not tobacco so everyone has made mistakes when meeting people who look strangers to them


Am I really like going so deep into this shit??? Seeing Pocahontas was my first date with a boy who lived as neighbors called Jonne to be exact

I'm too civilized in this society to befriend the only "African Americans" I know of, who call themselves oh so endearingly, barbarian or sexy chocolate or... well you get the gist. Why not just eat liqorice everywhere and let people use you as a leather sofa. So much shelter when you are still owned. Kept.  Not threatening, kind of amusing really. in the dark know where his D at by eyes gleaming the light, so you don't accidentally, go black yourself once you, go blackout

Whatever I am just making probably the most racist shit known to mankind but I don't even know I'm doing it. There has to be that compulsory black guy in all movies? I have not given much thought. I was between to french speaking guys dead of winter parking lot and enjoy meat as it expresses itself in front of me?

But I have not really given the thought to black lives. Sure there's problems people complain of young girls getting harassed and some residential areas turning into slums in a way. Multicultural environment.

I don't know what I am myself. I don't mind. Stereotypes just grind my gears. I don't think of myself a typical lazy fat sinful good-for-nothing bum that is looking retarded or some other animal shape would-be large by size..? Cunt's own what the actual cunt should you get the doctor as this degrading bitch cow you've seen just should be ashamed of her fat ass (?) Like, sounds all human to me. I fart and I make art. I move and I breathe. I can anything I set my mind to. Except for what every other woman is allowed. Like keeping a child if she had one. Working. Choosing an animal to have a church wedding with. Feel crappy about them leaving her. Moving on. Getting back what she is owed or promised...

So they arrived now. Package with two turquoise pillow covers. Not sure if I thanked or welcomed my couriers a happy workday. Why so impolite always it's disappointing but I almost couldn't get a word in. Perhaps thanks were unneccessary in exchange for how was I.

Hmm I don't really have an abundance of things I hadn't shared yet happening to me lately. The parts I've over dramatized just felt bigger deals than they probably were.

But yeah trying not to get depressed and choosing happy and luck and success or at least emotions of those who keep to themselves which is always the worst imaginable, ain't it so?

I feel sort of manic. Sweating. Things move fast. PMS. memories flooding. In a hurry to finish the food. Burning my palate/tongue like as a kid. Sort of knowing when to stop. Must work in order.

Therapist said school must've been hard for me and at home difficult. Secrets at home and forcing myself to school a bit too hard just getting in the habit of going. Being alone. Eating everyone else's chocolate confectionary so that I puke all Xmas Eve night and only afterwards perhaps limited the chocolate on Christmas. Drinking all the cola mixers in attempt of adults quit being drunk.

Pub outdoor patios opened and library and buses were so full I can't.

Talked with myself about the lemon kissel recipe. Helps to remember what to need and do next. It's chemistry. 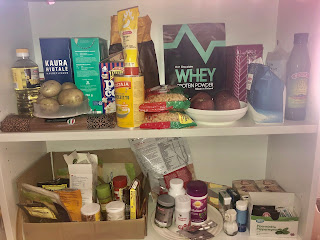 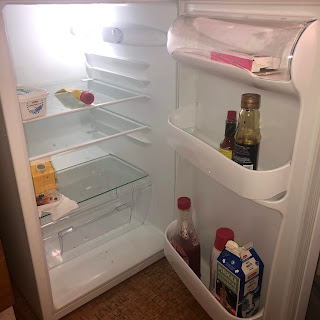 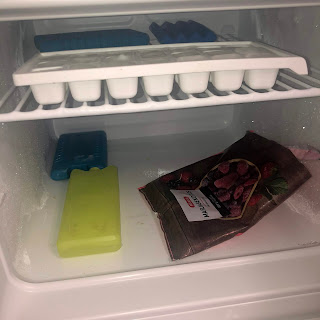