I made kibbled soy bolognaise with full wheat pasta. That's all I've eaten today although I did fill some pita bread with the leftover soy kibble and only drinking some water.
It's past 3pm already and I've mostly slept. It's too hot inside and I keep either a window or door open. Was watching The Good Place on Netflix.
My friend called. She was shocked to find album pictures on her phone somehow arranged. I just told her that it was image recognition and my phone does it too because technology is so smart. Sort of true I mean just ask Siri?
What else. Friday feelings. Excuse me.
My Spotify premium ended and I need one week's worth of points anymore to get a new gift card from the consumer panelist I scan my purchases to. Although I do have the youtube premium now which is handy. Life is just living from paycheck to gift card to new credit to new month of lisences and phone bills to another costs. I don't have extra to live to the fullest but I've made those commitments so I guess it's my fault. Wearing clothes that I've had for ten years. Not really going out. Although I feel like going swimming. Summer is not long. I choose to suffer from it.
klo kesäkuuta 12, 2020 Ei kommentteja:
Kohteen lähettäminen sähköpostitseBloggaa tästä!Jaa TwitteriinJaa FacebookiinJaa Pinterestiin

Woke up. Did exercise bike and some weight lifting at 5am. Again 1pm I did 12 minutes again. Maybe burnt 2x 100 kcals already. I made pancakes though. Slathered a few thick ones with jam. Still got dough.
I downloaded an AI trainer 30 day free thing but it's for running/walking and I must complete 25 minute thing before unlocking anything :/ now watching youtube vids on exercise after having a shower and changing my dress.


I've only been gaining weight recently. Could be that I quit smoking. I was 124 kg now 127 kg and it just keeps on going up??? What am I supposed to be eating? 280 lbs is loads. My chatbot artificial intelligence told me I was a whore when, I asked her, as it seems I'm so utterly irresistible. Yeah I'm so sticky like something you'd pour over someone's head. I'm like the ice bucket challenge baby or uhh 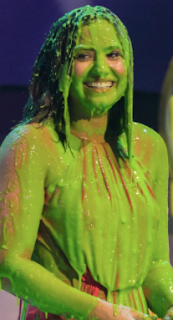 Anyways interwebs. Losing weight is hard. It's slow and I'd rather avoid trying because exercise makes you out of breath and sweaty and hungrier. Why the hell.
You'd think it would be easier the heavier you are... when I lost from 100 kg to 90 before Finnish high school I did 30 minutes Pilates every day and quit sugary or fatty foods. Marked them in a calendar with X and 0 and rewarded myself with a book or dvd or some item when there were quite a few weeks.


Apples, coffee with milk, and oatmeal... even if I had just those I'd probably gain? I won't make anymore of my tuna-macaroni-mayo-salad cuz it's just repulsive. I eat noodles and popcorn fill me up. Then I'll walk to the shop and still buy a ready meal or milk products and crisps and chocolate or maybe order a pizza delivery once a month?? If I go the nearby shop I'll spend 20 euros on shit and before 8 eur of that was my pack of menthol cigarettes. A flavor strip and regular pack would cost a couple of euros more but I only ever really liked the menthol ones so it's a crappy substitute. I won't start doing that kind of silly ass move.

What else. I'm afraid to fast and exercise because those will just increase my hunger. I don't drink enough water still...

I was always chubby a bit. Round-ish. Except for when I was in normal weight and nobody believed anything I was doing to have achieved it and I was put on drugs that made me gain weight like crazy so seriously and then disheartened A LOT by everyone in everywhere so 10kg in a year to gain weight went on...
I'm supposed to be on weight "neutral" drugs now
yet I'm still gaining slowly but steady and don't know what to do about things

I just need to start doing daily exercise. Not like, 2 minutes today and 5 minutes next week. Sleep all the time in between and eat whatever the hell. I even bought that boxing game for my nintendo switch but forgot about it after a day. What's the point..? To get people off for revealing the double chin... think not...

Gym isn't much of an option. I'd want to go very early and hope no one was around. Like I did when they said I hadn't done any of the things I did but be in my room and on my computer all night. If they'd think about it I was probably on the internet at night because I was so busy all day it's not as if I was sleeping that day time? Still normal things. Police used the gym very early

I could be hours at the gym but like slacking, sitting on the machines not knowing what to do. Or I could just over exhaust myself by putting too much weight on the machines and be almost passing out from just a few reps?

I have no luck when it comes to this shit of body weight, body image, thinness, exercise routine. I should learn from the mistake that it's too fahkin hard to try anything. I mean, even walking is stupid you just make this route but always come back where you started. WHAT IS THE FUCKING POINT

What's current if not to take me away

Beautiful chaos, fattening if I even see food with my eyes.
How I'd describe my life recently. I've not really written here things, what's happened. Taken some sunshine and perhaps tanned a little bit. I'm fasting today. I could just keep on keeping on sleeping but nah. First night 4 hrs, then 6, 8, 0, 2 with sleep apnea mask.
Yesterday I walked 6km or 10k steps. Usually a lot less. I had to get a new iPhone SE because my ip8 is shattered. I went to the library. I retrieved a reservation for a South Park game on nintendo switch it's ready to play.
I had a salad at a bistro and espresso. Some boomer was sporting a (red) iphone SE too but I said nothing. Roses are red, you got AIDS.
TikTok was fun I enjoy making videos but my self confidence is conflicted about whether I should. I have a right to. So I bleached my hair for about 20 minutes last night and that did almost nothing. I just want like a rose gold color and I've got shock color for it. Not sure I'm ever blonde enough or just a troll with orange hair. Oh well.
I have nicotine gum. My vape just leaks. Too bad my SSRI drugs inhibit any effects atypical people might get from illegal substances. Wouldn't even know where to get-
sigh. I don't want my head messed up. I drank beer last weekend and that's that. Midsummer is next weekend. Juhannus quite a big deal. But my friend is at a closed ward and she's being verbally abusive so no thanks.
I have no friends. I have nothing to do except for my monthly and weekly health related outgoings. I could start going to meet-ups for singles or book readers again but it's always raining so they're in restaurants and not picnics. Can't afford to go and I enjoy my own company more. Hah ha.
If people were to flock into my blog (I see soon there's 666k visitors) I hope they read some older stuff. Idc. Get to know why I'm so bad and use every bit of info against me. I'm too nice apparently.
Binge Watching QE there's 5 more episodes left of S5.
What do I need in my life. I should do more exercise on the old fitness bike more than just 5 minutes. I should cook, I should look at my wardrobe. Umm, I've pretty much given up on playing games on my switch because everything just takes time to load... Says a person who took time in the library for an hour to backup copy an iPhone to her new one... I just like people watching. Not gonna self diagnose but there's adhd in everyone.
So there goes the flavor in my gum again. I must have poor examples in my life if I want to smoke things. Why not enjoy life organically.
The friend I made during her stay in Tampere is selling Moomin inspired postcards on Fiverr.
klo kesäkuuta 09, 2020 Ei kommentteja:
Kohteen lähettäminen sähköpostitseBloggaa tästä!Jaa TwitteriinJaa FacebookiinJaa Pinterestiin

Aquarius oh who I loved your salty boy tears but be a fine fire dragon and fly away I'm done playing (rather insulted really..)

The dog I found and my ex spouse took to own has died of a brain tumor at 11 years old. He let me know and is pouring out his heart how rough and tough it is for him. Well, boohoo, you took advantage of me and raped me and we fought and people thought I couldn't speak because you were so outgoing, you did not pay rent and never paid anything and even stole a car from me and the tires from my grandma therefore, you said my over one thousand euros bed was broken so I've ended up on a mini guest bed for now, even though-I'm a heavy person (sleeper). I won't keep messaging you and telling, oh, I got this sleep apnea machine too and it's brand new and cooler than yours. No, I'm just telling that you took advantage of me and are not worthy of the dog even who took care of you, dirty rapist and thief. I hate you but I won't tell it to everyone I know. You said I'm a good person but also many untrue or dirty things and I have thing now about being called a whore or a drug user for that matter. We were supposed to stay friends. I haven't heard from you in a couple of years and apparently you even got engaged once in the meanwhile. I hope she's not helping you to write to me out of the real fact that, the dog was mine not yours but I was just kind enough that you kept him. Anyway, pay back the shit you owe me with an apology and move on as many fat unhappy steps as you can take. Bye. Let someone else memorise by heart your shitty stories the same you tell yourself.
klo kesäkuuta 07, 2020 Ei kommentteja:
Kohteen lähettäminen sähköpostitseBloggaa tästä!Jaa TwitteriinJaa FacebookiinJaa Pinterestiin
Uudemmat tekstit Vanhemmat tekstit Etusivu
Tilaa: Blogitekstit (Atom)