Depends what you bought hi

Listening to an actor narrating a nature documentARY. He's known for a godly like voice. Cheetah attacking prey hardly connects to powers since start of the universe... what is this brain wash? I don't have time to waste today. But yeah you and everyone's existencial crisis, do run from things you are running from already.

I walked off the sidewalk today with the cars because nobody, does throw anything over that threacherious dandelioness ummm can't type with my ankle cuz really keep falling down that shit hill right everytime I'm rushing home, with groceries or no but icy slippery surface while I don't feel like penguin dancing

Like nature does not consume it's own energy, she creates it in abundance and recycles everything... wtf is this dramatization again on Netflix but yeah planetary peace is going on if you'd only take out humans out of this equation. destroy the whole planet and every species does this one, stop blaming our star it's like denying climate change, cuz we did have protection against harmful rays of sun

we had huge areas of ice, we have a lava and fire and blocks of land but it's gonna be bare after antienergetic peoples'

hope big bang changety changeyyy. Eat the human flesh, bite off the fingers and rip out his throat 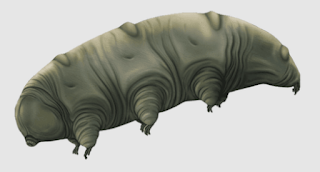 dis knee... nothing's connected but all we know after death of this universe, does it all keep going further away, collapse or what else science can't explain about galaxies

anyways my little poo bears I was going to... *mutters something about christmas music playlists and hairdresser appointments and a thousand made up monsters that you collect in a game that I'm supposed to own and start playing to chill coz I love strategy, gimmick and type advantages...*

gotta remember I only have my wits against the nature unlike that fast cheetah looks pretty comfortable through the hungers and being a beast of prey yo wild game....

. what? oh, I don't understand symbolism

apes created all of those limitations, words, through dance, laughter

yea please explain time mister Freeman, I only thought it was an amount invented by our limited minds and expanded the idea with geniouses theories about the universes unable for us to sense sensors.... uh love me some gorilla ass, we got almost same genes all of us... was it 98 or 97 or 99 percent same can't remember

lookie the mirror dearest soul one, saying today is your day #granted  I did not invent fire

is he gon explain gravity how time depends on mass and energy and theory of relativity woot!! you gon show me footage of aliens too cuz told ya to look within  dick's expanding cells as well as g-area inside clits and pussies, I'm hell of a sure vagina's just the opening how deep those male apes gun represso us females pleasures

see I know nature a lots, go buy something with your dollar