Game is getting harder. I have more questions. So many goals achieved, yet I don't know when to stop? Why do people sell their cheap materials everyone needs for crafting? Am I getting closer to limit of how many of the animals I can invite as friends? Will I find the rest in the maps? How much of crafting of items will there still be? How long have I even played? How many events did I miss?
Exhausting strategy & collecting based beginner game
fear of missing out, I have downloaded this when it came out. A snowball to prove it.
Building a zen garden on my camp. Having the palace there so I don't have to buy any sky which I won't be seeing anyway.
Collecting the animals photos!! Having 5 already!! Being level pro 7 in the happy home designer.
Selling items, helping my friends, buying their materials (some have limited to 3 per day per friend) and giving them kudos which I've received 892
sigh. ID: 9035 1485 468
Making child accounts to buy my own market items. The maps take bells to roll die and you get leaf tickets but sometimes you buy the bells off a map, to get the leaf tickets on the map, and it's a struggle because you keep getting more maps but you lose bells and tickets all the time!
And then there's the ship you can turn over stuff for points to begin voyage to get maps, treats, clothes. Crafting packages to make points. Always being low on friend powder. Some things I have a lot of, like 237 sparkle stones so I could craft some fancier items that need them. I have 230 cute essence too. Each animals have a type, least I own hip essence.
The animals request items you can freely pick. You don't even have to go spread out and talk to them individually handing the items out, there's a service for that. Not having mentioned the "cookies" that rotate. You're gonna have to buy those. There's memories  "scrapbook" you can also fill, most need specific item and right animals on your camp to happen.
Free materials every week with Nintendo points. The loan I've paid fully to make the camper bigger, can't remember which level how long ago.
The amenities you can craft. I've chosen on another account to instead of items to use materials on them first and having them level up also levels up the animals, so that might seem faster. That was zen, this is meow.
Goals change, events change, requests move along with the animals, you might sell items, people could water your plants, or if you don't play the game for 30+ days it shows to players. Giving up& letting go, playing a different game? 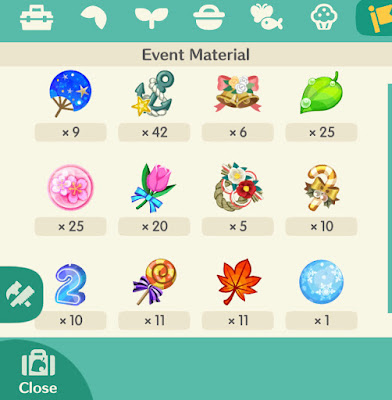 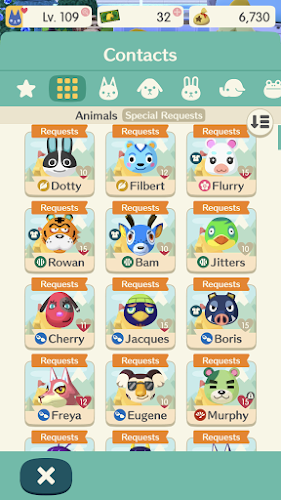