I can fake myself to sleep anytime asap 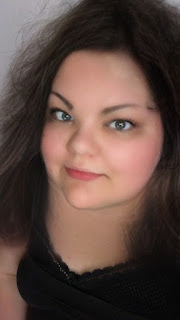 There was a terrible drilling noise, someone going into the walls, this morning, in a nearby apartment, yet I still fell asleep again. Airpods in, world out.

I still have lessons for a couple of weeks, but since grading's have been done, who needs to appear?


It'd be so great if I could move next month but my benefits are playing up and I'm creating chaos in here. I checked the social insurance site and can only shake my head. I shouldn't tho cause a little dandruff would get everywhere...

I haven't felt like eating. I guess I did have a tube of chocolate ice cream made from oatsmilk yesterday at my neighbors. Some consolance he is.

Paid psychotherapy bill a week late but paid nonetheless. Still got electricity and insurance and health and phone bills etc load my buss card so I can live or get around. 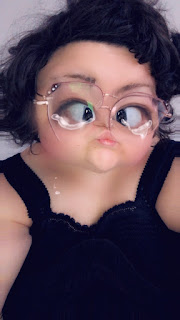 Sun is shining, I might try to get a tan. Also my nose is running. Can't be allergies? I keep rubbing my eyes and nose and sneezing.


Well, I finally turned on my dish washer I've been avoiding that for a week. Was running out of forks. I guess I have another laundry day coming though I've been trying to wear the same clothes... that never works, huh.

Perhaps the antibiotics are making me tired. I was tired before though.

I guess if I had half a brain cell left I'd go on to watch some more Netflix. Recently watched the New Sherlock and then Supernatural from tv. I'm that sci-fi yeah. I mean I tried watching Lucifer but it skipped all the first four seasons in the preview so that never really raised any questions... he's got a therapist, how L.A.

Some sort of instagram actors, who have their imdb link, in their bio, have started following my bookstagram account like what the fuck, aren't I not like them? Are they following in case I wrote something huge. @booktastes

Idk, I don't post often but when I do it's aboout corsets or something else I'm obsessed about and I get to ban some idiots who see what's obviously not the point. Unless if it's the obvious point I don't see. I'm not like pseudo-clever or taught myself facts but when you take away all the facts, take away anyone whose willing to believe your truths. Who am I left? Not even a shell, but this fat suit. 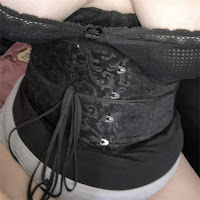 Lotsa good movies going about and I jsut have one free ticket and I've been asked on a date next month but the guy hasn't replied since I told him, I had stashed a bottle of white wine and, not drank it. I'm not an alcoholic and I'm not a dancer anymore and I don't want to be what society would call a hottie these days.

Aladdin. Lion King. Jean Gray. aahhh and then I have a day in nearest amusement park and a day at a local festival planned. After my graduation. But I can probably afford a drink or a cotton candy there in those festivities when my livelihood is based on the government branch that administers and provides social security benefits for all residents of Finland (had to google and copy paste that.)

I have two exams to take to enroll in a higher education and at least one of them has the reading material out, so, I should probably, fill that in my gas tank.